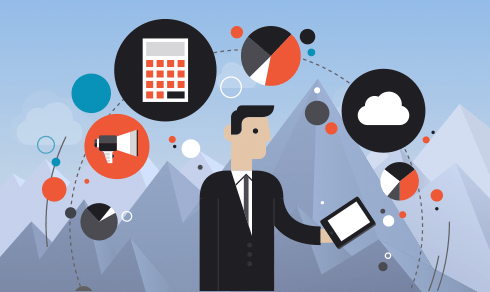 Amazon Web Services (AWS) is most the favoured enterprise cloud service among businesses, according to new research, while the company says it’s not cost savings that are driving firms to the cloud but flexibility.

In a quarterly report by cloud-security firm Skyhigh Networks that examined the data of over 13 million users, AWS emerged as the most popular enterprise cloud service, followed by Microsoft Office 365 and Salesforce.

The research, entitled Cloud Adoption and Risk Report, also contains some surprising statistics that underscore the growing importance of the cloud. It says that in the past year, usage of cloud-computing services leaped by 52 percent, and that ordinary companies are currently using 831 services that are based in the cloud. The Skyhigh report is available at www.skyhighnetworks.com/cloud-report.

Meanwhile, Amazon has been busy promoting its marketing-leading cloud services. AWS chief Iain Gavin said at an AWS conference that while many in the business world might think cost advantages are the primary motivator in making the transition from in-house networks to cloud-based computing, in actuality it’s the flexibility offered by the cloud that’s proving as, if not more, attractive to clients.

The key benefit of the cloud is “agility”, he said, allowing firms to become far more efficient and therefore more competitive. But Amazon is not denying that cost savings are also a motivating factor in shifting IT operations to cloud services such as theirs. The company points out that affordable services such as AWS make much more sense than running on-site networks and employing specialised staff to operate them – and in many cases those in-house systems are not used to capacity and therefore waste resources such as power.

There are also the added advantages of automatically updated software, disaster recovery options and stringent security with the cloud, as well as access from anywhere and high levels of uptime. Even better news for companies considering the move is a current price war between the major players, including AWS, that is making cloud-based computing more affordable than ever. Google, for instance, has just slashed its cloud services pricing by 10 percent, as it tries to gain a lead over AWS.

At Cloud Comrade, we specialise in providing our clients in Singapore and South East Asia with best in class cloud technology solutions that put them ahead of their competitors and which keep their critical data highly accessible and secure. Ready to take your business forward? So are we:www.cloudcomrade.com/